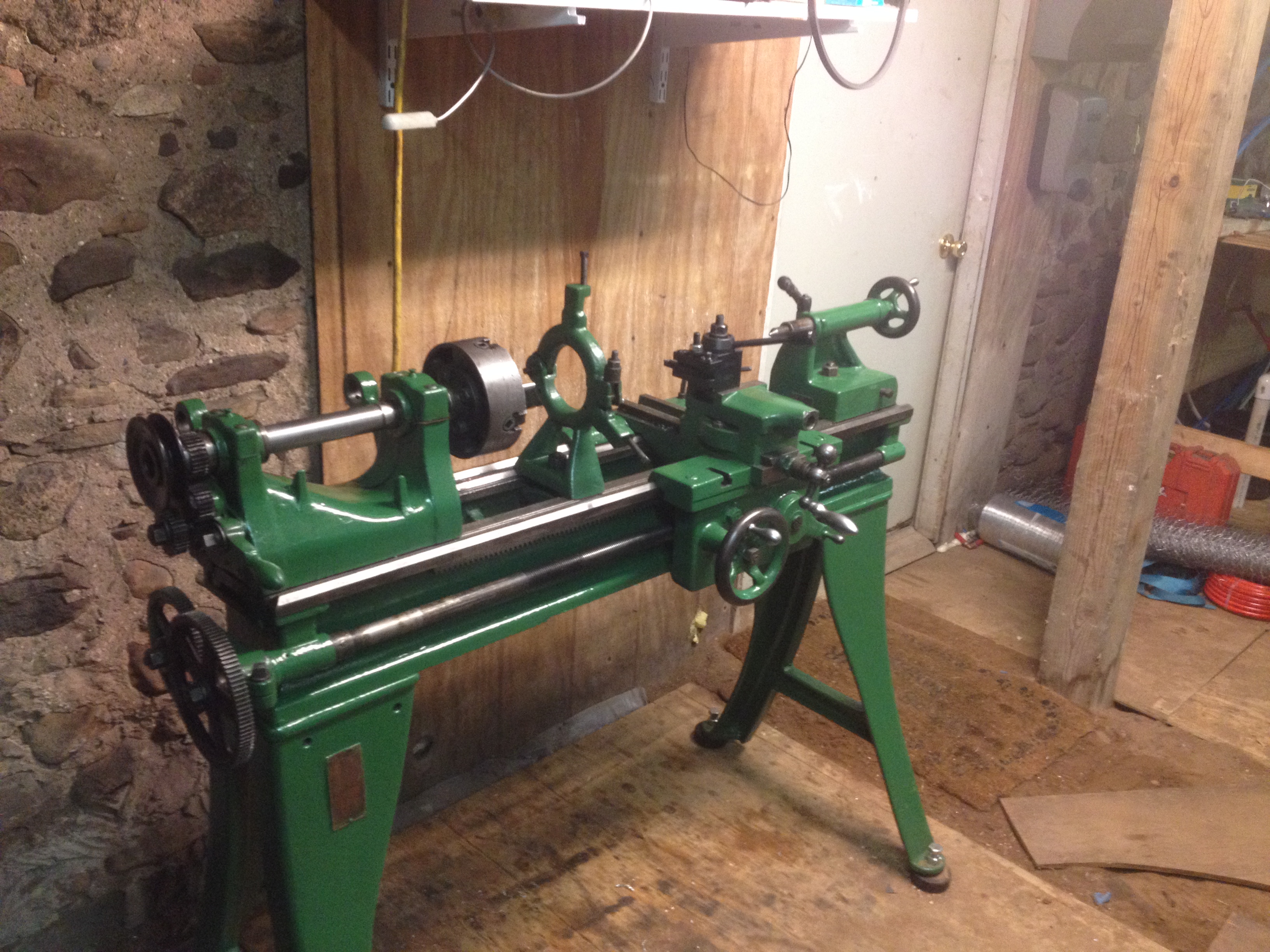 Welecome to my site!

This is my old Southbend Lathe that was rebuilt by me. Based on it’s serial number, I believe it to be 103 years old. Another website tracks Southbend serial numbers (http://www.wswells.com/sn/sn_db.htm)and the serial number on my lathe is 2430, which corresponds to being made in 1913. that means (based on this year (2016)) that my lathe is 103 years old. This was super exciting to me. I recently heard back from Steve at wswells.com and he told me that my lathe is a Model 30, “O” series lathe lathe that originally a overhead counter shaft lathe. How exciting!

I bought the lathe in October 2015 and so far, over a year later, I’m “almost” done with it. “Almost” means that I’m never finished making it better.

Some improvements that I made along the way:

Right now, I am working on making a better flat belt motor mount so that I can have more speeds with the lathe. But on the spindle pulleys, there are broken teeth, so I am unable to run the lathe in low gear. I have been trying to re-cut the teeth  manually with my Bridgeport, but it is going to take me a while to finish it. more photos will follow as I progress

Here are some photos of my progress as I went.